For the first time in the history of the province, a Free State municipality has achieved a clean audit. This is one of the facts that came out of the latest local government audit report, presented by auditor-general Kimi Makwetu on Wednesday. Thabo Mofutsanyana District Municipality shares its status with 53 other municipalities that impressed in the 2014/15 financial year.

Makwetu highlighted the leadership of this and several other municipalities that have shown solid interest in achieving better audit results after many years of poor or standard performance.

“I am particularly encouraged by the solid outcomes reported at municipalities within the Joe Gqabi district in the Eastern Cape, as well as the Thabo Mofutsanyana District Municipality in the Free State,” he said. “I encourage leadership in these provinces to re-emphasise the benefits of good governance at all municipalities as a key mechanism to create a fertile environment for appropriate service delivery and to back this up with decisive action in setting the appropriate tone at the top, investing in the right skills and competencies for key positions and further continuing good record-keeping practices in all municipalities.”

The Free State, added Makwetu, also faces challenges – Matjhabeng municipality requires “urgent and focused leadership” attention. Matjhabeng alone was responsible for R443-million in unauthorised expenditure – the second worst in this area after Nelson Mandela Bay municipality in Eastern Cape – in the year under review, while R226-million and R151-million were lost to irregular and wasteful expenditure respectively.

The municipality has received a disclaimed audit opinion over the five years since the last local government elections in 2011. In contrast, Thabo Mofutsanyana has had qualified opinions with findings over the same period, with the latest report putting them in the green.

The Eastern Cape’s Joe Gcabi district also showed significant improvement in performance, with its municipalities achieving the best results in the province. The noteworthy change in this area was a result of a focus on internal controls, stability of leadership and adopting a leadership tone that supported good governance, according to Makwetu. The enforcement of proper consequence management was a key factor in this process.

Gauteng also saw significant improvement over the past five years. Although Sedibeng district municipality was the first in the province to achieve a clean audit in the 2012/13 financial year, the number rose to four in the latest report. All 12 of the province’s municipalities have consistently submitted annual financial statements in time, and the auditor-general pointed out a “marked improvement” in the quality of these records.

Along with Gauteng, the Western Cape and KwaZulu-Natal governments were praised by Makwetu for having “proved the value of investing in strengthening internal control, valuing stability in the administration of municipalities and taking decisive action on both internal control failings and audit findings.

“There are still other internal control weaknesses and a lack of administrative and financial disciplines, largely concentrated at municipalities in the Central Karoo, West Rand and Umkhanyakude districts,” he said.

In Makwetu’s view, the leadership at some of the municipalities improved on their results by adopting certain principles in governing their areas:

Municipalities have struggled tremendously to correctly measure and disclose irregular expenditure in the financial statements over the past five years, according to Makwetu.

“We reported inadequate contract management at more municipalities than in 2011/12 and have seen little improvement in the past four years in addressing uncompetitive or unfair procurement processes and the high prevalence of awards being made to suppliers in which employees, councillors and state officials have an interest,” said Makwetu.

As Corruption Watch sees it

Since its inception in 2012, Corruption Watch has documented almost 2 000 cases of alleged corruption focusing on local government. These are generally in the areas of non-compliance with SCM regulations, irregular appointments and conflict of interest on the part of municipal employees or political leadership in these municipalities.

Gauteng generates the most such reports, with more than 700 originating from that province. It is important to note that a significant number of these can be attributed to the presence of metro-specific law enforcement such as metro police. Gauteng has three metro municipalities, namely Johannesburg, Ekurhuleni and Tshwane.

In terms of Corruption Watch’s interventions on a number of cases, there has been a mixed bag of reactions from relevant authorities. Access to information, for instance – a key step in the intervention process – continues to be a challenge in some municipalities and attached entities. In several cases, however, there have been positive outcomes that have led to some level of conclusion. 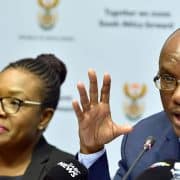 AG: no penalties for officials who abuse systems

PP candidates’ names to be published