Mogoeng: “Masters of corruption are everywhere”

Chief Justice Mogoeng Mogoeng says South Africa, the rest of the continent and the rest of the world will not be able to defeat corruption unless the narrative that it is a “black thing” is debunked.

“We have channelled ourselves into believing that corruption can only be in the public sector. Believe you me, it takes two to tango.

“We will never be able to defeat corruption for as long as we allow ourselves to be choreographed into believing corruption can only be in the public sector, or let me be a little crude about it – that it’s a black thing,” he said at the Hope Restoration Ministries in Kempton Park, Johannesburg on Wednesday, 17 July.

The event, hosted by the People Matter Foundation, aimed to push the call that there is an eradication of corruption and restoration of integrity in various institutions of the country.

Delving into Mandela’s legacy, Mogoeng told the audience that it was the time for South Africans to reflect and make a commitment on how to remove corruption from society.

‘There are masters of corruption everywhere’

“Part of what we have to grapple with here and Africa [and] the rest of the world, is corruption. Every human being is capable of being corrupt and believe you me, we have not even scratched the surface of the magnitude that [is] obtained in the private sector,” he added, to loud applause.

In order for South Africans to uproot this graft plaguing our safety, citizens cannot allow themselves to be told who is “dirty” and who has “clean” status, the chief justice said.

“If we are to uproot corruption from South Africa and around the world, we have got to accept as a reality that there are masters of corruption everywhere, even in the church of God. “I mean, the shenanigans that we have seen ought to convince us that human infallibility obtains that you will find corruption anywhere,” he said.

Mogoeng further explained that some people could not be rendered untouchable at the expense of others, because an “injustice is an injustice regardless of the perpetrator”.

“When you try to scratch the surface of someone even where there are indications that there is something there – you will be bombarded with insults and so much negativity. A clear message is sent that you dare not touch this one.

“We will get this country right if we are determined to not be told who is clean and who is dirty. We are going to research it ourselves and where there is smoke, we will follow it up to its logical conclusion,” he explained.

‘That is not how to build a nation’

The chief justice recounted an article from an unnamed Sunday newspaper to the congregants, to prove his point as to how narratives can be fed to citizens.

He reflected on an article that portrayed a source as a “drunk man”.

“There was a man being projected as a drunk. I was left believing that this man is always on a high, nothing positive can ever come [from] the mouth of this one, he is [a] thoroughly discredited person. I was left wondering why did they rely on the evidence of this person. That was the narrative I was fed,” he said.

His opinion however changed when he saw him on a local news channel on Monday.

“On Monday, the man appeared on Channel 405, the man was sound – he said but what was written was a lie and articulated what was happening. I am not saying he was telling the truth, but I am saying he did not appear as a man that is constantly living in a haze. 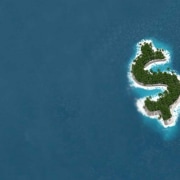 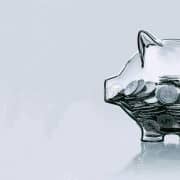 State capture could not succeed without help at the top

Flouting constitutional duties will not be tolerated
Scroll to top