The recent brouhaha regarding President Cyril Ramaphosa and the so-called ‘Bosasa campaign donation’ has again put the funding of political parties in the spotlight.

It started when DA leader Mmusi Maimane asked Ramaphosa about a donation of R500 000 he had allegedly received from Bosasa’s Gavin Watson. This was after a ‘flip-flop’ explanation in the National Assembly by Ramaphosa regarding the origin of the donation. The CR17 campaign has said that it will return the donation but it was an uncomfortable moment for Ramaphosa. The issue of campaign finance is a vexed one for politicians all around the world. Unsurprisingly, South Africa is no different. It’s worth understanding the background to understand where we are now.

In May 2017, ANC chief whip Jackson Mthembu announced out of the blue that a resolution would be tabled in Parliament to set up a multi-party ad hoc committee to develop legislation for increased public funding of political parties and the regulation of private funding to parties. The committee was duly set up in June through a ‘widely supported’ motion in the National Assembly, with a deadline of November 2017 to report back with its recommendations.

“We are late, but better late than never,” Mthembu told the media. He was right. With his announcement, Mthembu undertook to take the bull by the horns. It’s not clear why this happened, although the adverse publicity that the ANC had garnered around its links to the Gupta family probably had a lot to do with it.

Setting up the ‘rules of the game’ is always a useful starting point for limiting political corruption. While legislation regulating private political donations can never be the panacea for all ills – as has been shown across the world where such legislation exists – it is a crucial first step to creating an environment for transparency and accountability in public life.

Party funding must be regulated and transparent

Party funding is a universal problem in democracies. Political parties are resource-hungry institutions and exist in large part to advance sectoral interests. Businesses – and civil society groups, religious bodies, philanthropic organisations, and, for that matter, individual citizens – naturally want representatives who will advance their interests, and may be willing to reach for their wallets to achieve this. The potential for buying influence is ever-present and not only in young or ‘developing’ democracies.

Party-funding scandals dogged former Brazilian presidents Luiz Inácio Lula da Silva and Dilma Rousseff, and also tarnished the reputation of Germany’s long-serving Chancellor Helmut Kohl in Europe in the 1980s and 1990s. (Kohl admitted to having personally received a substantial sum of cash for his party.)

The solution to this, imperfect though it is, is regulation and transparency. Sunshine is the best disinfectant, so the saying goes. Around the world, a system of public disclosure has become the generally accepted way of limiting political corruption. Many understand that where political parties are perceived to be among the most corrupt domestic institutions, it is critical to promote an effective system of public disclosure that provides voters with information on the finances received by political parties. Disclosure is the cornerstone of a transparent political system and the foundation for a strong democratic state where those in power can be held accountable by their constituents.

Upon his election to the chair of the party-funding committee, ANC MP Vincent Smith said that the committee would strive to bolster accountability and transparency in South Africa’s politics and protect the country’s democracy. “It’s not just about increasing funding,” he is reported to have said, echoing sentiments that had long underpinned public concerns, “It is important that our product is such that the voices of the electorate aren’t diluted by private interests who look after their own narrow interests.”

In July 2014, the NGO My Vote Counts approached the ConCourt seeking a declaratory order that Parliament had failed to fulfil its obligation to pass legislation and regulate the funding of political parties.

Its application was unsuccessful. A majority of judges in the ConCourt held that since the Promotion of Access to Information Act (PAIA) was the mechanism through which disclosure of information was intended to take place, My Vote Counts should have approached the High Court if it wished to dispute the constitutionality of the PAIA.

Following this, My Vote Counts submitted PAIA applications to the thirteen parties represented in Parliament – asking for details of their funding – but to no avail. Only four parties responded, each of these declining to provide the information.

My Vote Counts then approached the Western Cape High Court, contesting the constitutionality of the PAIA. In October 2017, Judge Shehnaz Meer handed down judgment, accepting its position. The judgment made the following orders:

The declaration of invalidity was, however, suspended for eighteen months in order to allow Parliament to remedy the defects in PAIA and to allow for the recording and disclosure of private funding of political parties and independent candidates.

This ruling, while important as a statement of constitutional principles, was to some extent overtaken by events when the ad hoc committee into party funding was established in June 2017 and, by late November 2017, draft legislation in the form of the Political Party Funding Bill was produced.

In broad brushstrokes, the new law will compel parties to disclose donations and their sources where they are in excess of R100 000 per donor over a financial year. The IEC is to keep records of these donations and publish quarterly reports on them. The law will also prohibit the foreign funding of parties, although it makes exceptions for foreign contributions towards skills and policy development. It is intended also to prevent parties from accepting funding from organs of state and state-owned enterprises. It will also limit funding from any individual or company to some R15-million a year. In addition, large donors will be required to disclose their donations to the IEC. This will help to ensure that political parties report their receipts accurately.

The Bill makes provision for a multi-party democracy fund to be established to receive anonymous donations and funds intended to fortify parliamentary democracy but not any specific party. This will then be distributed to parties represented in Parliament and in the provincial legislatures, according to a formula partly determined by the relative size of each party’s representation. “Deep pockets should not dictate policy in South Africa and our sovereignty should not be sold,” said Smith.

Bill passed, but not yet signed into law

Now that legislation had arrived, it was widely welcomed, albeit with some reservations. The ANC noted that for the first time since the dawn of democracy, parties would be obliged to be transparent with their funding.

While the DA supported the Bill, the party argued that it did not counteract some of the key abuses, notably the use of state resources during elections.

The contrarian EFF rejected it, saying that it could be used to prohibit ordinary members of parties from receiving support, say, for the education of their children.

One big open question was why this issue had finally been able to overcome resistance from both the ANC and the opposition for so many years. Scandals of the past few years had in effect given significant impetus to the drive for transparency and clean governance. The scandals that South Africa had endured made dealing with the issue unavoidable. It is difficult to argue against disclosure.

Of course, the nub is that the Bill needs to be signed into law and Ramaphosa should do so speedily.

• Judith February is based at the Institute for Security Studies and is also a Visiting Fellow at the Wits School of Governance. She is the author of Turning and turning: exploring the complexities of South Africa’s democracy. Follow her on Twitter: @judith_february 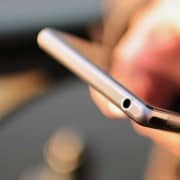 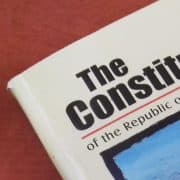