OGP more of a necessity than ever in SA

The Covid-19 pandemic is first and foremost a humanitarian crisis. Efforts to contain the virus and support those directly impacted are of utmost importance. Around the world, governments are taking unprecedented actions to limit the spread of the virus—adopting measures aimed at protecting the lives of their populations and the viability of the entire economy. We have seen that the crisis is rapidly overburdening governments and putting public institutions under pressure, subsequently amplifying the risks for corruption. Now more than ever before, people’s survival depends on openness and transparency.

South Africa is one of the hardest hit African countries. Thousands of people living in crowded townships are fearing the military enforcing the lockdown regulations while struggling to get hold of basic supplies. The state of disaster requires fast action and extraordinary measures which has led to weakened oversight. These gaps increase the risk and likelihood for corruption in public procurement and services, which in turn undermines the health and safety responses and deprives the ordinary person of much-needed services. We therefore applaud President Cyril Ramaphosa’s R500-billion social relief and economic support package as it has the potential to ensure protection of lives and of livelihoods. However, we caution that this can only happen if implemented using open, efficient and transparent governance approaches.

By reaffirming its commitment towards the Open Government Partnership (OGP), South Africa would give a sign of its intentions not only in managing this pandemic, but in the new future.

The OGP is a multilateral initiative launched in 2011, with South Africa as one of its founding members. The initiative brings together government and civil society to work towards a more inclusive, accountable and responsive government which is determined to fight corruption. Each of the 78 member countries drafts a national action plan for the coming two-year cycle, to guide government reforms. Central to the success of the OGP is that government and civil society commit and actively engage in a multi-stakeholder process to develop the action plans. These set country targets, upon which member states are assessed.

South Africa has traditionally shown little commitment towards the initiative in past years: It failed to meet any of the seven key targets set out in its second action plan (2013–2015). As the OGP chair until December 2016, South Africa simulated dedication in public but behind closed doors, there was an uncommitted government that barely allowed any civil society participation.

Even though the country achieved four of the eight proposed targets of its third country action plan (2016–2018), there was no real change. Two years later, South Africa did not draft the fourth country action plan. As a result, the country is currently under review by the OGP body and shockingly, can expect to be excluded from the partnership.

Not too late to recommit to OGP

Now in a last-ditch effort to maintain the ethos of openness and transparency which South Africa committed to in OGP’s formative years, the OGP has written to Senzo Mchunu, minister of public service and administration, announcing a new deadline of 31 August 2020 and a possible resurgence of the OGP process.

President Ramaphosa has called for a new social compact to drive inclusive growth and to help the country recover—building on the overwhelming co-operation of all South Africans in tackling Covid-19. With the lack of commitment from government since 2013 and the current Covid-19 pandemic turning everybody’s lives upside down, there is little belief that OGP will be prioritised. South Africa, which currently represents Africa in the steering committee, would be the first founding country to become inactive or even de-listed.

However, there is still time to revive South Africa’s commitment. Government should take this opportunity to commit to transparency by engaging in the OGP process. Now is the moment to improve the procurement of life-saving medicines and prevent corrupt practices leading to supply shortages and lost public funds.

With true commitment, OGP can in fact be fruitful and can lead to more open data, more interaction and a more peaceful and active dialogue with citizens.

South Africa once believed in that idea.

It is embarrassing for a founding state to throw away so casually what it has built up. Moreover, it’s an impertinence for a country that has received significant funding and was set as a priority country for the OGP. The threat of suspensions is an opportunity. South Africa could use this wake-up call as a chance to show what kind of government it wants to be after the era of state capture and more so what kind of future it wants after the Covid-19 crisis. New Covid-19 solidarity fund is on a roll 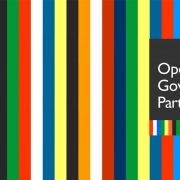