Corruption Watch (CW) has been invited to make a presentation at the Institute for Security Studies’ international conference on crime and criminal justice this afternoon – we’d thought we’d share with you the nuts and bolts of what’ll be discussed:

A total of 945 reports of corruption have been lodged with the organisation between 1 January* and 30 September this year, according to the presentation titled Citizens reporting corruption in South Africa: reports received by Corruption Watch.

Taking place in Sandton, Johannesburg, the 25 to 26 October conference is showcasing current criminology research and policy initiatives from around the world.

Corruption Watch’s presentation further gives an analysis of the reports the organisation has received since its launch in January. It highlights the type and volume of reports lodged, the channels which people have used to report their experiences, and whether complainants have chosen to remain anonymous or not.

Within three days of Corruption Watch’s launch on 26 January, more than 70 reports relating to metro cop bribery, allegations of nepotism and driving-licence corruption had been received from across South Africa, the presentation reads.

The September total of 945 reports received means Corruption Watch gets on average 100 reports a month and more than three reports per day.

The rate at which Corruption Watch received its reports in its first nine months is slower than that of the National Anti-Corruption Hotline (NACH), which received 7 922 reports of corruption in its first six years of operation between 2004 and 2010. This means the NACH received an average of 141 reports a month and 4.7 reports per day.

The high number of reports logged by the NACH can be attributed to the unit having extensive resources with which to do nationwide marketing and publicity; whereas Corruption Watch, an NGO, has more limited resources and focussed much of its initial publicity and campaign work in Gauteng province.

However, the number of corruption reports received by Corruption Watch in its first nine months already outweighs the 600 reports the NACH received in its first year of operation, the presentation notes.

“This reflects the remarkable public impact and recognition that Corruption Watch has created in its first few months of existence. It may also reflect reporters’ enthusiasm for a new channel for reporting their corruption experiences, when perhaps they are disillusioned about the usefulness of reporting to state channels like the NACH, the public protector or the presidential hotline.”

Reporters who use Corruption Watch’s website to lodge their cases of corruption are asked to say whether they reported the incident to any other agency before turning to Corruption Watch. Some 17% had not reported elsewhere, while 83% had reported to at least one other body such as the public protector, the presidential hotline, NACH, police and government departments.

The large majority of the website reporters were therefore using Corruption Watch’s web portal as a “last resort”, the presentation reads.

Between 1 January and 30 September 2012, Corruption Watch received 233 reports alleging corruption at municipalities, making municipal-level corruption (25% of all corruption reported) the largest single group of corruption incidents reported to the organisation.

A contributing factor to the dominance of bribery reports related to roads and vehicles is the fact that Corruption Watch’s main advocacy campaign during 2012 was the No more tjo-tjo campaign, which focussed on bribery on South Africa’s roads.

Corruption Watch also received 56 reports alleging corruption at schools. Most of the cases involved corrupt behaviour, misconduct or mismanagement by staff, principals and school governing body members in the procurement of goods or services or in the appointments of staff.

At the local community level, reports received indicated that people find the allocation of RDP houses to be fraught with corrupt or unfair practices. The reports include allegations that houses are allocated to those loyal to certain councillors or to people who have paid bribes to local officials. Government officials were accused of manipulating the RDP housing list; renting out RDP houses to and pocketing the rental income; and illegally evicting people from houses.

Since Corruption Watch’s launch, 43 reports alleging corruption in the South African Police Service were lodged. Complainants accused police officers of using intimidation to solicit bribes from the public; of accepting bribes to make criminal charges “disappear”; and of nepotism and bribery in the appointment of police officers.

The largest group of Corruption Watch’s reports (35%) allege corruption in municipal institutions followed by incidents of corruption in services delivered or administered by provincial governments.

Corruption reported in national government departments makes up the third-largest category (16%) with the bulk of these describing incidents in the SAPS, courts and home affairs offices, the report reads.

Corruption in private sector businesses comprised 3% or reported incidents; and corruption at NGOs and trade unions approximately 1% each.

Most popular mediums and language used in reporting

English is the language used in over 95% of the corruption reports because the majority of Corruption Watch’s communication efforts were conducted in English during the period January to September 2012, the report reads.

However, when Corruption Watch began to communicate in other South African languages in the second part of the year, non-English reports of corruption increased. A small number of reports were received in isiZulu (1.8%) and isiXhosa (1.4%), followed by even fewer reports in Afrikaans (0.8%), isiSwati (0.2%), and SeSotho (0.2%).

The largest proportion of corruption reports (50%) was received via the internet-based incident reporting tool on Corruption Watch’s website. Around 37% of the reports were received by SMS, while 8% were reported via email. Only about 1.2% were received through the organisation’s mobi site.

Some people were referred to the organisation by Cosatu and its affiliate unions. This makes sense as Corruption Watch was created on the initiative of Cosatu office bearers, who had been receiving an increasing number of complaints about corruption from union members and the general public.

Fax, post and Facebook were the less-used channels of reporting, with less than 3% of all corruption incidents reported using these methods during the first nine months, the report reads.

*  Although Corruption Watch and its website were only publically launched on 26 January 2012, some incidents had been reported to the organisation’s staff prior to the launch.

Image
Excerpt
Corruption Watch has been invited to make a presentation at the Institute for Security Studies’ international conference on crime and criminal justice this afternoon – we’d thought we’d share with you the nuts and bolts of what’ll be discussed.
File Upload 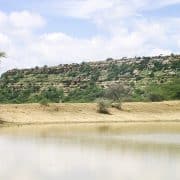 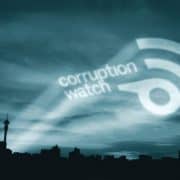