Out of the hundreds of commitments governments have made to fight corruption and money laundering, one of the easiest to keep track of is the promise to implement the global anti-money laundering standards – the FATF recommendations.

The Financial Action Task Force (FATF) is the world’s leading anti-money laundering organisation; since 1990 over 180 countries have signed up to implement its package of 40 recommendations, a commitment repeatedly reaffirmed at international meetings.

In 2016, for example, G20 leaders called for the “swift, effective and universal implementation of the FATF standards”, while in May 2017 the finance ministers of the G7 said, “We reiterate our commitment to fully and effectively implement the FATF standards, including on designated non-financial businesses and professions.”

Because the FATF regularly assesses and rates its member countries, and publishes the results, it is possible to check how well countries are doing against these commitments.

The charts below take the most recently available FATF ratings to assess countries’ efforts to tackle dirty money, as a first introduction. Anti-money laundering is a highly complex and quickly evolving field, and it is important to also recognise there are methodological caveats as well as serious civil society concerns with the FATF process.

Despite some progress, there’s a long way to go

As of April 2017, the level of country compliance with the FATF 40 recommendations rests at just 25% across the 30 countries most recently assessed. While this is definitely an improvement since 2011, when full compliance across 160 countries was at 12.3%, taking 27 years since the standards were introduced to get to a 25% compliance level cannot exactly be called rapid progress.

On the other hand, areas where the majority of countries are rated “partially compliant” or “non-compliant” include requiring firms to carry out due diligence in non-financial fields such as real estate, law and accounting (Recommendation 22 – 63% of countries rated either partially or non-compliant) and making sure the authorities can identify the real owners of corporations to avoid the abuse of anonymous shell companies (Recommendation 24 – 73% of 30 countries rated partially or non-compliant).

Laws are not being applied effectively

The major methodological innovation FATF introduced in 2013 is that it now also rates its member countries according to the practical effectiveness of their systems to stop dirty money. What the effectiveness ratings for the first 30 countries assessed using this new method show is a significant implementation gap: even where laws are in place, they are not being used.

For example, despite supervisory authorities in the majority of countries having the powers they need to carry out their duties in law (Recommendation 27 – 83% either fully or largely compliant), no country was found to be effective in using these powers, with 86.7% of countries rated as having moderate or low effectiveness in their supervision (effectiveness Immediate Outcome 3).

Anonymous shell companies are the weakest link in the global financial system. Cheap and easy to set up, they allow individuals to disguise their ownership of bank accounts, real estate and luxury assets. As the Panama Papers (among many other scandals) have proved, anonymous shell companies are used by everyone from corrupt public officials and tax evaders to mobsters and terrorists.

In addition to the legislative weaknesses already noted, not a single one of the 30 countries FATF has assessed since 2014 is rated as highly effective in practice when it comes to preventing the abuse of anonymous company ownership (what FATF calls Immediate Outcome 5). Almost 9 out of 10 countries (86.7%) are rated as having either moderate or low effectiveness in this area.

Awareness of the consequences of corruption, money laundering and tax abuses in terms of human rights, development and inequality has never been higher. However, national legislative and enforcement progress against dirty money is all too often driven by crises and scandals (or an upcoming FATF visit) rather than by proactive strategies. Reports by FATF and other sources including Transparency International tell a repeated story of under-resourced government agencies, weak laws, ineffective sanctions and limited cooperation across borders.

Government authorities sometimes like to say they will redouble their efforts to tackle illicit flows. In the case of anti-money laundering, this should be taken literally: at least double the resources and energy will be required to make a real difference.

The private sector also has a role to play. Too often, the task of stopping dirty money is seen as a compliance cost to be minimised. Taking anti-money laundering seriously means accepting that investment in effective prevention systems will be an unavoidable requirement in coming years, and also makes good business sense in the long run. In general, anti-money laundering experts have noted that the entire system is overly geared towards compliance with rules by both governments and businesses, instead of towards a set of clearly defined objectives.

It remains to be seen if by the year 2021, when FATF completes its ongoing round of assessments, countries have improved both their legal frameworks and practical effectiveness. For now, the glass is at best a quarter full. 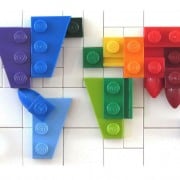 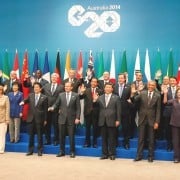