Corruption Watch has become a fully-fledged chapter of Transparency International (TI), the global movement against corruption. The news concludes a four-year accreditation process and means we are now TI’s official representative in South Africa.

Established in 1993, TI is an NGO with more than 100 national chapters – for the most part locally established, independent organisations – worldwide and an international secretariat in Berlin. TI’s policy has always been to set up partnerships, preferably with existing organisations because they are familiar with the corruption situation in their respective countries and are best placed to tackle it.

But because corruption does not stop at national borders, the chapters play a crucial role in realising TI’s regional and global goals, while TI’s multi-country research and advocacy initiatives are also driven by the chapters.

Chapter accreditation is a lengthy but thorough and transparent process that aims to ensure the quality, integrity and cohesion of TI’s work around the world. Chapters are accredited according to a set of objective standards in three stages: from national contact, to national chapter in formation and finally to fully accredited national chapter status.

As an official national chapter Corruption Watch now has voting rights at the movement’s annual membership meetings. Accredited chapters account for at least two-thirds of the voting power at such meetings, and together with the individual members they elect the board of directors and can also have a say in the way the organisation is run by voting on resolutions, which serve as the organisation’s official stance on world issues.

With the establishment of a strong multi-national anti-corruption movement, TI has brought the global issue of corruption to the fore in the political and social spaces. The organisation counts among its achievements: 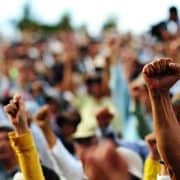 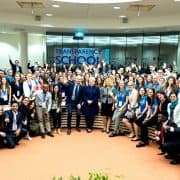 Government – for the few, by the few
Scroll to top