The 2018 Edelman Trust Barometer (ETB) reveals a world dominated by distrust — 20 of 28 markets surveyed now sit in the territory of distrust, up one from last year.

The ETB measures global levels of trust in and credibility of four institutions – business, the government, media, and NGOs. More than 32 000 respondents drawn from 28 countries, including South Africa, were asked how much they trust the four institutions to do what is right, using categories such as integrity, engagement, operations, leadership, diversity, and purpose. The report is published by communications and public relations group Edelman, who conducted research in October and November 2017.

A score of less than 50% indicates distrust, while 60% or more indicates trust. Scores in between are considered neutral.

The ETB polls two broad population groups for their levels of trust: the informed public group – those meeting the criteria of age 25-64, college educated, in the top 25% of household income, and high engagement with media – and the mass population, who make up the rest of the respondents. This latter group represents the vast majority of the population globally.

The East is rising

For the first time, China has leaped to the top of the table amongst both groups (74% and 83% respectively), while the US has plunged dramatically to the bottom of the informed public list (45%) from a trusted position (68%) in 2017, and in the view of the general population it now sits squarely in the middle of the distrusted countries (43%), dropping from a neutral position last year (52%).

Trust in business, government, media and NGOs all also increased in China, particularly trust in government, which jumped eight points to 84% among the general population, and three points to 89% with the informed public — the highest recorded rating in the ETB’s history.

South Africa has lost substantial ground with both groups of respondents. Amongst the informed public it dropped from fifth-last (49%) to second-last (45%, because more countries are sharing the same score in 2018), beaten only by the US. With the general population South Africa descended from the middle of the distrusted group (42%), with nine countries below it, to third-last (38%).

South Africa was named as one of six countries with extreme trust losses. The others were Colombia, India, Brazil, Italy and the US.

In previous years the most trusted countries have been located in Asia, Middle East, or South-East Asia. They include India, China, Indonesia and UAE, highly trusted this year and last year by the general population and the informed public, with territories like Singapore, Canada and The Netherlands also trusted by the latter group.

The same three regions have also produced some of the least trusted countries, such as Hong Kong, Japan, South Africa and Australia.

For the first time, the media is the least trusted institution, distrusted in 22 of 28 territories. The media in this context is viewed as both content and platforms. The drop in trust is driven primarily by a significant drop in trust in platforms, notably search engines and social media.

The global average for this institution is 43% – South Africa rated 35% (a loss of four points) and the top country, China, rated 71% with an increase of six points.

However, while global trust in platforms has declined, trust in journalism has risen by five points on average. Journalism is trusted more than platforms in 21 countries.

Other experts are also gaining credibility in respondents’ eyes. CEOs gained seven points in trust, rising to 44%, while trust in peers declined. Technical (63%) and academic (61%) experts are viewed as the most credible spokespeople, while “a person like yourself,” dropped six points to an all-time low of 54%. Government officials were last in this category, with 35%.

Trust in NGOs declined in 14 of 28 countries, and they are distrusted in 10 countries, Russia (25%) most of all. In South Africa this institution has a neutral trust level of 50%, from 58% last year.

As with last year, South Africa’s government is the least trusted of all at only 14%, and this is a drop of one point from last year’s meagre 15%. This is far below the global average of 43%. The most trusted government is that of China, with 84%.

“As seen in the US and other parts of the world,” said Edelman, “trust should not be taken for granted. Building and maintaining trust is a co-operative effort that requires the commitment of all institutions.”

What does the employer, the voter, want to see now? 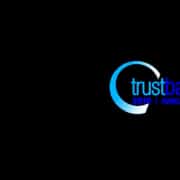 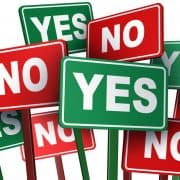 Net1 to challenge court ruling on R316-million
Scroll to top