Pressure grows on Fifa as secret FA documents made available to MPs
A pressure group has called for a new Fifa reform commission to lead a fundamental overhaul of football’s scandal-hit world governing body. Speaking at the New Fifa Now summit in Brussels, the MP Damian Collins said the new commission should be overseen by a body such as Unesco and given the power to publish all outstanding corruption inquiries (The Guardian).

We’re best prepared to curb corruption in World Cup: ICC
The chief executive of the International Cricket Council, cricket’s governing body, believes it will be tough for anyone outside the game to fix matches during next month’s 50-over World Cup in Australia and New Zealand – there have been several cases of corruption in the sport in recent years (Dawn News).

Saudi Arabia suspects $266m worth of 'corruption' related to MERS
The Saudi ministry of health has reportedly suspended 38 contracts worth a total SAR1-billion ($266-million) for alleged corruption. The contracts were all related to the Middle East Respiratory Syndrome, which is believed to have started in Saudi Arabia. The ministry said some of the companies contracted had not performed the work they were signed to do, a source told Arab News. About 66% of the SAR1 billion already had been spent (Arabian Business).

Sony probed India business for corruption, e-mails show
Sony’s entertainment unit investigated its Indian operations for possible legal violations including bidding fraud and kickbacks, according to internal e-mails released by hackers, highlighting challenges the company has faced in the country. Sony enlisted Ernst & Young to look into its businesses in India and uncovered potential evidence of wrongdoing, according to the e-mails (Bloomberg).

Major corruption case against former VVD senator kicks off
Pre-trial hearings of a former council executive, MP and senator who is accused of corruption began in Rotterdam on Tuesday. Jos van Rey, who represented the right-wing Liberal VVD, faces seven charges of bribery, election fraud and money laundering, the Volkskrant reports. The investigation into Van Rey began in 2012 when Limburg newspapers wrote about a potential conflict of interest due to his friendship with a property developer (Dutch News).

From Westminster to Riyadh, British arms deals stink of corruption
This week, Campaign Against Arms Trade released new figures which reveal the £3.8-billion in arms sales that the British government has approved for export to Saudi Arabia since 2010. The bulk of this has come from Britain's largest arms company, BAE Systems. It's unclear exactly why Saudi Arabia spends all these billions on arms – it is the Middle East's regional policeman who's happy to buy the shiniest truncheon but rarely swings it (Middle East Monitor).

Corruption scandal threatens Brazilian oil developments
Petrobras looked like a model for transparency in the energy sector and, with a recent discovery of large offshore deposits, was poised to make Brazil a regional energy superpower. However, a corruption scandal clouds the company, leaving the future of Brazil’s pre-salts in doubt (oilprice.com).

Malaysian businessman bribed 'dozens' of US Navy officers with prostitutes and suckling pigs
The US Navy is facing the biggest corruption scandal in its history after a Malaysian businessman admitted to bribing dozens of its officers with wads of cash, the services of prostitutes and meals of suckling pig. At the heart of the bribery network was Leonard Francis, a 51-year-old Malaysian defence contractor known as "Fat Leonard" because of his ample size. His list of bribes for the Americans reads like a Harrods catalogue: "designer handbags and leather goods, watches, fountain pens, fine wine, champagne, Scotch, Kobe beef, Spanish suckling pigs, designer furniture, Cuban cigars, consumer electronics, ornamental swords, and hand-made ship models" (Telegraph)

Putin’s capital amnesty could put Russia on money laundering blacklist
An amnesty on capital returning to Russia proposed by President Vladimir Putin risks putting Russia on the blacklist of a global anti-money laundering watchdog, potentially deepening the country's isolation from global financial markets, the Vedomosti newspaper reported Friday. Putin last month pledged not to question the origins of any cash returning to Russia as part of a package of measures aimed at firming Russia's economy – but this would contradict the rules of the Financial Action Task Force, a multilateral organisation that combats money laundering, terrorist financing and threats to the integrity of the international financial system (Moscow Times)

Thai anti-graft body charges ex-commerce minister over rice deal
A former commerce minister and 20 state officials and employees of private firms will be charged for alleged graft related to rice export deals with two Chinese firms, Thailand's anti-corruption commission said on Tuesday. Boonsong Teriyapirom, a former commerce minister, and his deputy in the government of ousted Prime Minister Yingluck Shinawatra, are accused of falsifying government-to-government rice deals between Thailand and China in 2013. "The accused colluded to violate criminal law. The deal never happened. There was no government-to-government deal," said Wicha Mahakun, a member of Thailand's National Anti-Corruption Commission (Reuters).

Excerpt
The US Navy is dealing with the biggest corruption scandal in its existence. The International Cricket Council says it is prepared to curb corruption in next month’s ODI World Cup. There have been calls for a reform commission, overseen by a body such as Unesco, to give scandal-hit Fifa a thorough overhaul. Read the latest corruption stories from around the world. 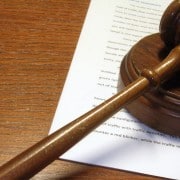 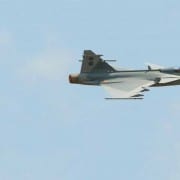 Corruption starts with the individual