Hawks are finally stepping up the pace

The arrest of ANC MP Bongani Bongo comes in the wake of mounting pressure and criticism on the Directorate for Priority Crime Investigation (Hawks) from the public.

The Hawks have been criticised for their inaction when dealing with criminal and corrupt activities done by high-ranking politicians, government officials and business people.

A recent article by the Institute of Security Studies, published by Daily Maverick, also suggests much work is being done behind the scenes to undo the damage of corruption and State Capture.

“Currently the Hawks are focusing on high-ranking government officials, including those at local government level. Some of these investigations include the VBS bank scandal and cases mentioned at the Zondo Commission,” read the article.

Bongo was arrested for alleged corruption by the police elite unit, on 21 November 2019. He is currently out on R5 000 bail. Hawks spokesperson Brigadier Hangwani Mulaudzi said in a statement Bongo’s arrest came after an investigation by the Hawks’ Serious Corruption Investigation team.

Bongo was the minister of state security at the time.

Mulaudzi explained that the advocate was offered an open cheque bribe and he consequently alerted his seniors, which culminated in the Hawks investigation.

According to a report by IOL, the ANC had on 23 November 2019 indicated it would not take action against Bongo.

Another report by eNCA suggests Bongo is refuting the claims. “I’ve never bribed or attempted to bribe the advocate. Advocate Ntuthuzelo Vanara didn’t have the capacity to stop the inquiry that was sanctioned by Parliament,” he told eNCA.

Mulaudzi said the case against Bongo has been postponed to 31 January 2020, for legal representation.

“Whilst is released on R5 000 bail, [there are] stringent conditions, including that he is to refrain from interfering with witnesses and that he should give two weeks’ notice to the investigating officer for any overseas trips,” said Mulaudzi.

“There can surely be no more heinous act of political corruption than a sitting MP and cabinet minister offering a bribe to an officer of Parliament specifically in order to undermine Parliament’s core function of holding the executive to account. If Bongo is convicted we trust he will face the full might of the law,” Lewis commented.

Such a prospect, he added, might also serve to induce Bongo to reveal the others who may have conspired with him in the appalling conduct in which he is alleged to have engaged.

The organisation has commended Advocate Vanara for blowing the whistle on Bongo’s alleged conduct. It has called on the ANC to remove Bongo from Parliament immediately.

“While we welcome the Hawks’ investigation and prosecution of Bongo, the real hero is Advocate Vanara, a true officer of the court and a person of integrity.”

Lewis further said: “The institution that comes out worst in this whole sordid saga is the governing party, the ANC. Bongo already had this massive cloud hanging over him when he was placed on the ANC parliamentary list. Salt was then rubbed into the wound by making him chair of the important Home Affairs portfolio committee.”

There are many more like him serving in Parliament, he concluded, and they too should be removed.

Hawks on a roll

Separate investigative efforts by another Hawks’ team which is committed to rooting out malfeasance in the government yielded more arrests on Thursday.

The team’s spokesperson Colonel Katlego Mogale said ten suspects aged between 34 and 60 were arrested on charges relating to fraud, corruption and money laundering.

“The operation follows a complaint by the National Treasury after it transpired that the suspects allegedly colluded in accessing the Amathole District Municipality funds through flaunting of procurement processes afterward they were awarded a contract for ventilated improved toilets in the Eastern Cape. The Hawks’ preliminary investigation discovered that over R600-million was to be awarded for the contract, of which R286-million has already be paid to the suspects,” Mogale said.

“The outstanding collaboration with the office of the Director for Public Prosecutions in the Eastern Cape made it possible for the case to proceed,” Mogale said.

“This development is most welcome in our greater fight against corruption to ensure that clean and credible governance prevails. We will stop at nothing to ensure that corrupt perpetrators, be it in the private sector or government, are brought to book,” Matakata said. 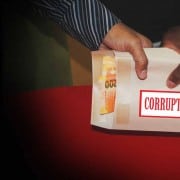 People's Tribunal on State Capture: our voices must be heard 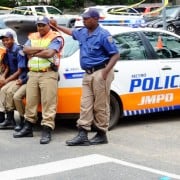