Mining communities in the North West were left without answers after they were excluded from a roundtable session concerning mining in the province.

The roundtable, organised between the North West provincial government and Industrial Development Corporation (IDC), sat on Thursday 21 November 2019 to discuss localisation of procurement in the mining industry, but to the affected communities’ dismay they were excluded from the discussions that affect them the most – without any reasonable explanation.

A concerned community member told Corruption Watch (CW) that as the community they feel completely left out on issues that directly affect them; he said the communities have fought hard to be recognised. In the North Gauteng High Court in 2018, the court ruled that they should be recognised as relevant stakeholder in the formation of the Mining Charter.

He said no reasons were afforded for the exclusion of community members from the roundtable. Instead he was questioned on how he got to know about the meeting, and who had sent him the information. He was further told that the meeting was only meant for a select few and that attendance was already full. He claims a “lady” from IDC said this to him.

CW had also enquired about attending the session but was told it was full; a lady from IDC who did not want to identify herself said CW cannot attend even as media because spaces were limited. When asked about the exclusion of community members from the roundtable, she said community members would be invited some other time.

“This is not an imbizo, it is negotiations with the mines to assist the people of North West especially the communities around the mines. And to empower our North West people, I sympathise with everyone but there will be time when everyone will be invited,” she concluded via text message.

A step in the wrong direction

Our community member is adamant that communities should always be included in such gatherings. They should always have a say on important decisions regarding their land. He added that such lack of communication with them leaves them to suffer the consequences of decisions they did not make. They suffer health-related issues because of dust, animals killed after drinking toxic water flowing from mine dumps, and houses cracking because of blasting by the mines.

Mashudu Masutha, a legal researcher and lead specialist in extractives at Corruption Watch, who has been working on a number of mining projects, including research into mining royalties for three years and the Mining for Sustainable Development project for five years, echoed his sentiments.

“This deliberate exclusion of communities from sessions like the roundtable between the IDC and the North West government is a key vulnerability to achieving the transformation that the Mining Charter and Mineral and Petroleum Resources Development Act demands,” Masutha said.

“It is further concerning that with the recent Constitutional Court judgements of Maledu and Baleni, which specifically calls for meaningful community engagement and consultation with mine-affected community members regarding issues that directly affect them in mining operations, the provincial government still creates a platform for systematic exclusion of the most affected group.”

This is an incredible step in the wrong direction by the provincial government and IDC, she added.

The community member concluded that their hard-won rights granted by the High Court and the Constitutional Court are being trampled on by the IDC and North West provincial government. While this is the case, the mining communities will continue to suffer as decisions will be taken without them. 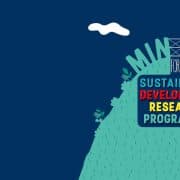 Hawks are finally stepping up the pace
Scroll to top