Police minister Fikile Mbalula today presented the 2016/2017 crime statistics to the parliamentary portfolio committee on police. The statistics cover the period from 1 April 2016 to 31 March 2017. This means that at best, the stats are over six months old.

Mbalula acknowledged that there is a problem of poor leadership in the South African Police Service (SAPS), and that this has deeply affected the country.

“Behind the numbers are real feelings, real hurt, real harm,” he said. “We have no time to lose. It’s hurting our economy. There will never be a victory lap until our people feel safe.”

Mbalula assured the audience that he and his team were increasing police capacity and capability. “We want to close the gaps in the leadership of police, and fill vacancies of the national police commissioner and head of DPCI by the end of the year.”

The environment in which SAPS operates requires stabilised leadership for its members to succeed in the fight against crime, he added.

In August Corruption Watch and the Institute for Security Studies (ISS) launched a campaign to create public awareness around the appointment of the top two police positions. The organisations are also advocating for a more transparent recruitment process that is based on stringent qualification and experience criteria, and where political agendas play no role.

Mbalula appealed to the public to become more involved in the fight against crime. “Members of the public must be positively involved in efforts to eradicate crime, as it is an issue of national interest and priority.”

Corruption was not mentioned. In terms of the police stats, it is lumped under commercial crime, which itself falls into the category of other serious crime, together with shoplifting and ‘other theft not mentioned elsewhere’. Other serious crime decreased by 2% over the reporting period, from 479 075 counts to 469 276 – this is 9 799 fewer incidents noted.

For more detailed information, download the stats as Excel raw data or a document.

As part of the Top Cops campaign, Corruption Watch and the ISS are running a survey to get public opinion on the process and criteria that should be used in the appointment of the two vacant positions. Anyone may participate and the information gathered will be shared with the president, minister of police and the parliamentary police portfolio committee.

The “chop and change” in police leadership has affected the focus and direction of the police, said Mbalula, adding that this cannot be denied. “We must admit it.”

What is needed also is firm leadership from the station level upwards. The public has expressed anger at the lack of service and lack of caring they receive at police stations. “[Officers] must treat our people courteously and with sensitivity – we agree with the people in this. But the police treat them as nuisance. I want to say today to our police force that [citizens] pay for your living, and they are your clients.”

The instability at the top has affected police morale, as there is no direction filtering down to the ranks below. To achieve a culture of discipline and smart policing, SAPS needs leadership that can direct policing in the most effective way. 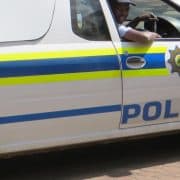 Police not coping with serious violent crime
Scroll to top