The Auditor and the Hitmen 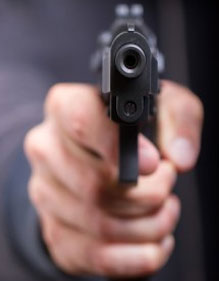 Recently Corruption Watch celebrated the late Lawrence Moepi as a hero in the fight against corruption. The forensic auditor was shot and killed in broad daylight as he arrived at his office in Houghton, and his murder has sparked condemnation and anxiety in auditing circles, as practitioners speak out about their fears of suffering the same fate.

Prof Jane Duncan, the Highway Africa Chair of Media and Information Society in the School of Journalism and Media Studies at Rhodes University, has written a thought-provoking piece that delves into the culture of killing to cover up corruption, and compares the developing South African situation to that of countries such as Colombia. What will stop us from going down that same road, Duncan asks, and then says that there is much that can and should be done.

“People like Moepi and others who are resisting South Africa’s descent into a predatory state should be celebrated publicly, and these celebrations may give others courage to continue speaking out.

“Solidarity work, including support for grieving families, is also important, as are campaigns to keep cases in the public eye, and to remind the state that their progress is being monitored.”

Her article was first published on the website of the South African Civil Society Information Service, a non-profit news agency that provides quality social justice commentary, and serves as a platform where important issues such as the Moepi killing can be explored.

We republish it below in full:

The Auditor and the Hitmen
By Jane Duncan

Last month, forensic auditor Lawrence Moepi was killed in a suspected hit, which happened as he arrived for work at his Johannesburg office. Apparently, Moepi was working on some big cases involving suspected corruption. The auditor-general had also appointed him to the investigations team on the now-notorious arms deal.

Moepi had earned a reputation of being a fraudster’s worst nightmare: a fearless, principled, incorruptible auditor. It is widely suspected that he was killed to shut him up. Other auditors have spoken up, alleging that his killing is the tip of the iceberg, and that many other auditors who expose corruption or mismanagement of funds are at risk.

Unfortunately, Moepi’s killing is the latest in what has become a firmly-established trend where whistleblowers, activists and other people of principle are killed to prevent them from exposing fraud and corruption.

Speaking at a Rhodes University public meeting, Abahlali baseMjondolo’s S’bu Zikode said, “…there’s a new profession in town: hitman. It’s very lucrative, like being a consultant. People walk around the township and point to different hitmen, naming who they hit. This is what our children are growing up with.”

He made these remarks after two of the movement’s activists were gunned down, reputedly for their activism around housing allocations in Durban. One of these activists, Nkululeko Gwala, was killed on the same day that a senior ANC government official made sinister statements about him.

Since 2009, the year that Jacob Zuma came to office, the body count has grown rapidly, which suggests that he presides over a much more predatory political order than Thabo Mbeki or Nelson Mandela did, notwithstanding commitments to a more redistributive state. These murders are most apparent in two provinces, KwaZulu-Natal, followed by Mpumalanga. They remain largely unsolved, the exception being the killing of ANC councillor and trade unionist Moss Phakoe, who was killed after he found evidence of fraud in a drought relief projects. Yet even this victory remains precarious.

The growing number of assassination raises inevitable but chilling parallels with the assassination capital of the world, Colombia, and there are important lessons to learn from that country. Whistleblowers exposing the activities of druglords have been targeted, as have social movement activists; in fact, anyone who seeks to organise the poor to resist oppression and exploitation remains a potential target. As Janet Hristov has observed, the death squads enable that country’s highly unequal political and economic status quo to be maintained: to this extent, targeted violence has become essential to capital accumulation. Attempts to demilitarise society have been largely cosmetic.

Latin America’s path to neoliberalism was much more violent than countries like the US and Britain, where consent was obtained from influential social groups. South Africa is located between these two extremes, as a complex mix of consent and coercive measures allowed this shift to take place locally.

In the 1980’s, the neoliberalising Colombian state found itself in a quandary. It could engage in overt repression, but risked losing legitimacy: as a result, shifting from a nominally democratic to an authoritarian state was simply not an option.

Alternatively, the state could allow internal opposition to inequality to grow into a powerful redistributive movement against the druglords, landlords, and the like. Given its patronage relations with these very criminals, the state could not risk that happening. As international condemnation of state repression increased, the state was forced to make tactical adjustments in its use of violence.

As a result, state officials began to enter into alliances with illegal groups to advance their mutual interests, leading to the informalisation of repression. According to Hristov, while officially claiming to abhor the death squads, covertly the state supported them by, for instance, encouraging the part-privatisation of military and policing functions, and relaxing gun control. In the process, Columbia became a de-facto ‘democratatorship’, or a dictatorship that pretended to be a democracy.

In the early phases of the phenomenon, the US supported the criminalisation of various Latin American national security states, to maximise profit extraction in the name of foreign investment.  However, once the squads took hold, they gained a life of their own with their own independent sources of finance.

It is extremely difficult to understand the forces at work in South Africa, and in this regard, the paucity of serious analytical work has added to the problem. There is no evidence yet, though, of systematic collusion between the state and hit squads, or that assassinations have become unofficial national state policy.

But information thrown up in the course of official investigations suggests that, in some cases, individuals in the state are colluding with businesspeople to assassinate those who stand in their way. These collaborations appear to be taking on a more systematic character in the provinces.

This is hardly surprising as this tier of government is more open to capture by corrupt elites than the national tier, as the latter is under constant scrutiny, yet is less exposed to direct, bottom-up accountability than the local state. However, as policing researcher David Bruce has noted, with the exception of the convictions in Phakoe’s case, the courts appear to be reluctant to test the many allegations in this regard.

To the extent that it is taking place, the coming together of these individuals could lead to a creeping criminalisation of the state. In this regard, it is important to recognise that the state is not a neutral entity; it is a key site of wealth accumulation and, in fact, for some, the only site of wealth accumulation. As a result, the temptation to resort to informal repressive tactics is high.

Much depends on whether assassins will be held to account, and in this regard, it is also premature to argue that an outright culture of impunity exists in South Africa. Yet, worryingly, the lack of prosecutions and convictions is making assassinations an increasingly attractive prospect for powerful people with something to hide.

Furthermore, while there is little evidence yet of the assassinations being an organised national phenomenon, they are clearly not random and fuelled by individual factors only. In fact, echoing Colombia, they are becoming increasingly important to the maintenance of unequal social relations, and this systemic nature of the assassination could well make the problem more intractable.

Class struggle is at an all-time high in South Africa, making the future uncertain for local neoliberalism’s beneficiaries. Auditors like Moepi increase this uncertainty, as they threaten to expose its more corrupt manifestations. However, their middle-class status still shields them from the worst of the problem, which is more pronounced in working-class communities, as successful convictions of these crimes are less likely.

If such convictions are not forthcoming, then the hit-men could well become organised into paramilitary outfits to do the ruling elite’s dirty work for it in more systematic ways. This possibility is also strengthened by the criminal justice system’s systemic weaknesses, as well as the current ANC leadership’s obvious lack of political will to confront the problem.

It is easy to feel powerless in the face of this growing problem, but there is much that can and should be done. People like Moepi and others who are resisting South Africa’s descent into a predatory state should be celebrated publicly, and these celebrations may give others courage to continue speaking out.

Solidarity work, including support for grieving families, is also important, as are campaigns to keep cases in the public eye, and to remind the state that its progress is being monitored. In this regard, South African civil society has much to learn from the campaigns for justice against the ‘forced disappearances’ in Latin America.

But solidarity alone is not enough; organisation is necessary too. In the wake of the Marikana massacre and the Abahlali assassinations, the Workers and Socialist Party called for the establishment of self-defence committees, and this call should be supported. Historically, such committees have defended workers from physical attack.

South Africa’s mutation into a Colombia-style ‘democratatorship’ is not inevitable, and premature, dramatic overstatements in this regard should be guarded against. But unless every right-minded person recognises the dangers for what they are, then these dangers remain both real and present.

Excerpt
The killing of forensic auditor Lawrence Moepi may be part of a trend to prevent the uncovering of corruption, says Prof Jane Duncan, and letting perpetrators get away with their crimes will prove unwise in the long run.
File Upload