To defeat the coronavirus, stop corruption

As the coronavirus spreads around the world, the rushed global response could create opportunities for graft, including fraud and bribery stemming from critical emergency cash flows and medical supply shortages. If safeguards are not put into place quickly, the scale of this corruption could be vast. Lessons learned from responses to past emergencies such as the 2004 Banda Aceh earthquake and the 2014 ebola outbreak show that close and continuing oversight of procurement contracts and the movement of funds, as well as inspections of purchased and donated supplies, can limit graft and fraud. Experts say those measures, along with consumer education, must be in place from the start.

Items in high demand and short supply, such as personal protective equipment, swabs, ventilators, and potential therapeutic medicines, are especially vulnerable to fraud. “Whenever there is a need for supplies and services very quickly, the procurement system is at great risk for corruption,” said Jessica Tillipman, a law professor at the George Washington University and an anti-corruption expert.

On 17 March, the World Bank approved $14-billion in financing to support countries in their response to the pandemic. Much of the funding will support manufacturing and tourism, industries that have been hit hard, particularly in developing countries. The bank’s International Finance Corp. said it would apply the same accountability standards while providing the support “as quickly as possible.”

But experts caution that the large influx of money to countries and sectors affected by the pandemic raises questions of accountability. Experience shows that in emergency situations, “anti-corruption protections get waived or ignored, oversight becomes more lax, and people take advantage of the situation,” Tillipman said.

In the US, federal agencies are already warning the public about fraud. Shortages of basic medical supplies have caused price gouging and counterfeiting, such as the fake Covid-19 test kits intercepted at Los Angeles International Airport on 12 March. Better regulation, enforcement, and education could help. Last month, President Donald Trump signed an executive order prohibiting price gouging and stockpiling of certain medical resources. The US Justice Department is designating a coronavirus fraud lead prosecutor in each of the 93 US attorney’s offices nationwide.

The Justice Department and other agencies have told citizens to look out for scammers selling fake cures online. The department has already taken action against a website touting a non-existent Covid-19 vaccine. Andrew Weber, a senior fellow with the Council on Strategic Risks who helped coordinate the US response to the ebola crisis, said consumer education is critical. “These miracle cures people will be trying to sell have no validity, but there’s nothing people won’t do if they are desperate,” he said.

The government also cautions against phishing emails purportedly from federal agencies such as the Centers for Disease Control and Prevention and fraudulent charitable organizations. The Justice Department is now warning that scammers may try to defraud recipients of the economic impact checks issued under the Coronavirus Aid, Relief, and Economic Security Act.

In the interest of moving supplies quickly during a disaster or health crisis, countries and organisations may forgo normal safeguards used in procurement contracts such as scope, technical specifications, and response time. For example, requests for bids may be written so narrowly that only one or two suppliers meet the outlined specifications. These conditions can lead to bid rigging and kickbacks to government officials who notify only certain bidders. Companies can also collude to set prices for bids, pretending to compete but in reality working together to ensure that only they win the contracts.

Anti-corruption officials warn that companies could cut corners and provide substandard equipment and supplies, endangering the health of those suffering from the disease. For example, during a crisis it is common for some suppliers to substitute lower-quality components, causing equipment to function less effectively or even degrade rapidly—requiring more orders.

A well-known case of counterfeiting involved the Global Fund to Fight AIDS, Tuberculosis and Malaria. In 2010, it paid millions of dollars to procure more than 6-million insecticide-treated nets for use against malaria in Burkina Faso. Nearly 2-million of the nets turned out to be counterfeit. The head of one of the two companies that supplied them was indicted in the US.

Experts say that to mitigate the potential for exploitation and financial loss, the massive funding that accompanies disaster response must have controls in place from the beginning. “Whenever there is an opportunity to skim—it can happen in Texas as much as in Afghanistan—if all of a sudden there is a flood of money, and not enough people are checking how the money is actually being used, money will disappear,” said Pascale Dubois, an international anti-corruption expert. “In this international health crisis, when actual lives are at stake, you want every single penny that’s given to kill the virus to actually be spent on killing the virus.” 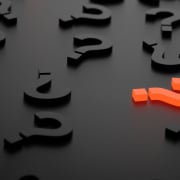 Covid-19 - some personal musings and impressions