The Constitutional Court today handed down a unanimous, blistering judgment in the South African Social Security Agency (Sassa) matter. Judge Johan Froneman ruled that the court will take over supervision of the implementation of the current and future grants process, indicating that the bench had no trust in social development minister Bathabile Dlamini.

“This judgment is necessitated by the extraordinary conduct of the minister of social development and Sassa,” said Froneman. “She has placed the programme of social assistance in jeopardy through her actions.”

The court held that Sassa and Cash Paymaster Services (CPS) – the current service provider – should continue to fulfil their duties to grant recipients for another 12 months, on the same terms and conditions as the current arrangement. The court also extended the CPS contract’s invalidity for the same period. The two entities have a constitutional obligation to ensure grants are paid from 1 April 2017 until an entity other than CPS can do so, Froneman said, and failure to do so will infringe on the rights of those who depend on the social grants.

Adequate safeguards must be put in place to ensure that personal information remains private and is used only for grants payments. And beneficiaries may not be enticed to opt in to the sharing of their confidential information for the marketing of other goods and services.

Sassa and CPS must file an affidavit every three months with the Constitutional Court, from the date the order is made, detailing progress and setting out how they plan to ensure payments will continue after the year is up. The reports thus filed must include time frames for various deliverables, whether these time frames have been complied with, and if not, the reason and remedy.

Parties involved – including Corruption Watch, which was admitted as amicus curiae in the matter – must within 14 days submit names of capable individuals who can serve as independent legal and technical experts.

The Auditor-General and any other entities appointed by the court shall jointly evaluate the payment process, as well as the steps taken by Sassa to procure a new contractor, as well as any steps envisaged by Sassa for paying grants itself, or permitting anyone else to do so.

Dlamini was called by the court to show cause on affidavit why she should not be joined to the matter in her personal capacity, and pay the costs from her own pocket.

“There must be public accounting for how this was allowed to happen,” Froneman said. “Accountability is a central value of the Constitution.”

Costs would be awarded at a later date.

Just two days before, the court heard an application from the Black Sash for an order that it (the court) exercise supervisory jurisdiction over any new contract. Corruption Watch, Freedom Under Law, and the South African Post Office also made submissions in the application.

The bench was not impressed with the excuses put forward by Sassa’s counsel Andrew Breitenbach, and the word “incompetent” was used several times in relation to Dlamini, said to be the architect of the Sassa crisis.

“How do you get to the level where your clients make themselves look like they’re incompetent and you can’t even explain how you got to this point?” asked Chief Justice Mogoeng Mogoeng of Breitenbach. 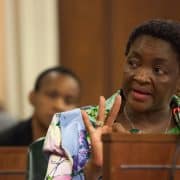 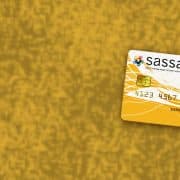