Mdluli still on the hook The Supreme Court of Appeal has ruled that corruption and fraud charges against Richard Mdluli, the former head of the police crime intelligence division, must proceed. Mdluli's reinstatement to that position, after being suspended, was also overturned.

In September 2013, Murphy ruled in the Pretoria High Court that various criminal charges against Mdluli, which had been withdrawn, must be reinstated by the national director of public prosecutions (NDPP) and that national police commissioner Riah Phiyega must proceed with the disciplinary case that had also been aborted. The charges relate to fraud and corruption, and the murder of Mdluli’s ex-lover's husband Oupa Ramogibe in February 1999.

The respondents were given leave to appeal against the decision. Last week the Supreme Court heard the appeal by Mdluli, the South African Police Service (SAPS), and the National Prosecuting Authority (NPA) against the High Court's ruling.

Those accused of crimes must face the music

The original case was brought by lobby group Freedom Under Law (FUL) against Mdluli, the NPA and four other respondents. FUL is challenging the decisions taken by the NPA, the NDPP and the SAPS to withdraw various criminal and disciplinary charges against Mdluli, including the withdrawal of corruption charges.

In June 2012 Corruption Watch, together with Social Justice Coalition, sought to intervene as co-applicants in the FUL case. The two co-applicants later withdrew their application, fearing that it would cause delays. “It is in the interests of justice that the matter be adjudicated as soon as possible,” said Corruption Watch executive director David Lewis at the time.

The organisation also asked the court to order that all charges against Mdluli be reinstated and carried to their conclusion, without delay.

Not getting away with corruption

The Supreme Court overturned the first three decisions, thereby upholding the High Court ruling in those respects, but reversed the setting aside of Chauke’s decision to withdraw charges of murder and 17 other related crimes.

The Supreme Court confirmed the setting aside of:

The court also said it could not order the NPA to reinstate the charges without delay, as the High Court had done. “Both the NDPP and the Commissioner contended that these mandatory interdicts were inappropriate transgressions of the separation of powers doctrine. I agree with these contentions,” ruled Brand. “That doctrine precludes the courts from impermissibly assuming the functions that fall within the domain of the executive. In terms of the Constitution the NDPP is the authority mandated to prosecute crime, while the Commissioner of Police is the authority mandated to manage and control the SAPS. As I see it, the court will only be allowed to interfere with this constitutional scheme on rare occasions and for compelling reasons. Suffice it to say that in my view this is not one of those rare occasions.”

Judge Brand did not make any ruling as to costs.

Speaking to SABC News, FUL chairperson Johann Kriegler welcomed the ruling. "We certainly got the substance we were looking for and that was to stop the continuation of General Mdluli in office. The decision not to proceed against him by both the prosecuting authority and the police authority … the setting aside have been confirmed. So he will not be going back."

Excerpt
The Supreme Court of Appeal has ruled that corruption and fraud charges against former police crime intelligence head Richard Mdluli must proceed, and that Mdluli’s reinstatement to that position, after being suspended, has been overturned. Mdluli had unsuccessfully appealed a September High Court ruling to this effect.
File Upload 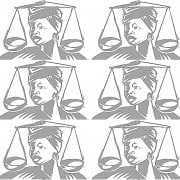 The case against Nomgcobo Jiba

Parliament has leeway on Nkandla