Open data is a key factor in fighting corruption 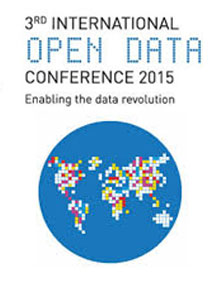 An open, democratic government system that gives its citizens access to information on its plans, its spending patterns and its services – it's the ideal that the world’s open data advocates work towards daily, for the nations that need it.

Whether or not they will win the war against administrative secrecy remains to be seen, but there is evidence of greater coordination – albeit slow – between these anti-corruption crusaders and those who hold power.

The city of Ottawa in Canada hosted the world’s open data activists on Thursday and Friday last week, 28 and 29 May. The third International Open Data Conference took place three years after the last event in 2012, with the aim of taking its initiatives a step further and reflecting on recommendations agreed upon at the last one. The conference aimed to attract open data experts, senior government officials, industry leaders, and civil society champions from around the world to exchange ideas and ‘work together to enable the data revolution.’

Through the Open Data Barometer, the World Wide Web Foundation aims to ‘uncover the true prevalence and impact of open data initiatives around the world.’ The second edition of the barometer was published in January this year, citing the signing of an Open Data Charter in 2013 by the G8 as a key event.

“In 2014, the G20 largest industrial economies followed up by pledging to advance open data as a weapon against corruption, and the UN recognised the need for a ‘data revolution’ to achieve global development goals,” read the barometer.

But does this mean citizens have free access to information they need?

“Core data on how governments are spending our money and how public services are performing remain inaccessible or paywalled in most countries,” the report further stated. “Information critical to fight corruption and promote fair competition, such as company registers, public sector contracts, and land titles, is even harder to get.”

In most countries, the report noted, proactive disclosure of government data is not mandated in law or policy as part of a wider right to information, and privacy protections are weak or uncertain.

The top five countries that have established greater open data policies include the UK, US, Sweden, France and New Zealand. “While this year’s top five includes three of the signatories of the 2013 G8 Open Data Charter (UK, US and France), the rest of the G8 languish much lower in the rankings, with Japan, Italy and Russia not even making the top ten.”

The “top five” ranked well on the barometer because they typically hold good open data principles across multiple government departments and agencies, with their governments accounting across their different levels.

On the opposite end of the spectrum are countries that have difficulty establishing policies because they lack the capacity in government, civil society and private sectors. “A small number of the countries in this cluster, such as Kenya, Ghana and Indonesia, have established open data initiatives, but these remain highly dependent upon a small network of leaders and technical experts.”

OpenCorporates, an organisation that lobbies for access to information for ordinary citizens, takes three approaches to the work it does. As its name suggests, the organisation aims to unearth data on corporates that informs the way they do business, the locations they choose to do this in and who is in charge of making the key decisions that drive their work.

The website has a database of over 80-million corporates, including information on where they are located. About 20-million of these were added during 2014, much to the irritation of their directors. According to a blog on their website, OpenCorporates gets requests and demands to remove some companies’ information. These are refused. An example of one such request: “Your activity placing my full name on the web to allow people to search under my name is damaging me and my business activities. This means I will now have to go about my business under a fake name”.

Threats of legal action also make their way to the organisation: “The principal of our firm is a 22% shareholder in Google. I will give you an additional 24 hours to remove this link before we delist the ENTIRE website from search results.”

These days the organisation’s API, or application program interface, serves up to 5-million requests a day.

OpenCorporates is one of the partners in a campaign called Map the Banks , which is part of the organisation’s focus on collecting as much data on companies as possible. It is aimed at scraping all the financial licences in the world. “In the wake of a global financial crisis which has been estimated to have cost society up to 10 trillion dollars, it seems crucial to have an open data map of the financial industry.”

The campaign was divided into three stages:

For those who attended the Ottawa conference, the challenge remains of developing a set of universally-accepted open data principles. These should not only exist on paper, but be implementable as well, particularly for the benefit of poor communities in developing countries.

Excerpt
An open, democratic government system that gives its citizens access to information on its plans, its spending patterns and its services – it’s the ideal that the world’s open data advocates work towards daily, for the nations that need it.
File Upload 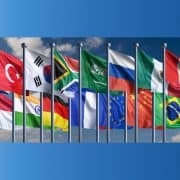 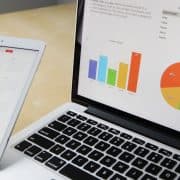 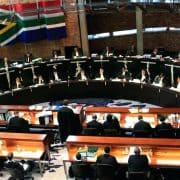